Hi guys. Sadly we’ve run out of space on this blog so with a heavy heart I am signing off and handing the reins to my brother. You can keep in touch by logging on to http://www.inigosadventures.wordpress.com

Thank you for reading and commenting!

Ibiza has finally caught up with the rest of the world and started recycling. I became very good at the daily run

It’s been a few days since we’ve arrived home but before leaving Ibiza we spent a few days exploring the island including driving to the northern most point of Ibiza – San Vicent which has a beautiful beach and a few restaurants and not much else.

We had a lovely lunch at a fab restaurant which had boats under the floor!

Afterwards we played on the beach 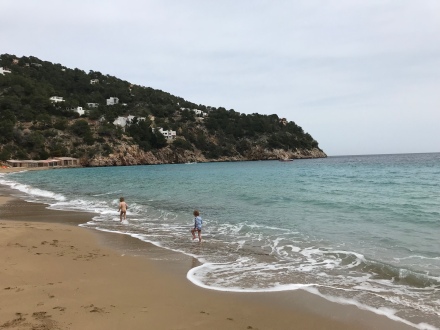 And found a boat

Then we drove to San Miguel along hairpin roads (the big m had her eyes tightly shut and was hanging on to her seat for dear life.

We eventually arrived at a cave which was discovered over 100 years ago by fishermen. They used it to store contraband and smuggle things like coffee, sugar, tobacco and spirits on to the island. There is still a guy of 96 in the collage who remembers crawling along the fissures with his father who was one of the original smugglers.

The cave was warm – it never stops below 15 degrees and that is because if isn’t under a mountain. It’s very close to the surface and therefore is warned by the sun.

It is beginning to dry out because rainfall has decreased and humidity is decreasing. This means that the stalagmites and tites aren’t growing so much anymore.

It was a fascinating trip!

Today we went to visit Grandpa in the wall and then went to the beach – port des torrent.

Whilst the grown ups enjoyed a coffee

Here we are back in Ibiza.

We’ve had a lovely few days and it was very exciting being met at the airport by the Big D who flew out a week earlier.

We had fun plane spotting at Bristol airport on the roof terrace and climbing on the furniture. 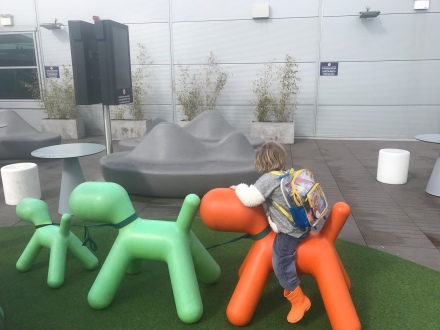 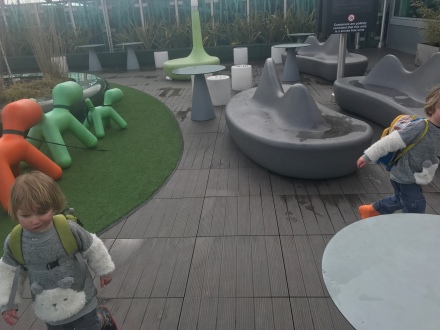 And relaxing chillaxing on the massage chairs.

We’ve been for some off roading drives (not in a four wheel drive – we had to call it quits on one track!)

And lots of beach time

And of course some eating 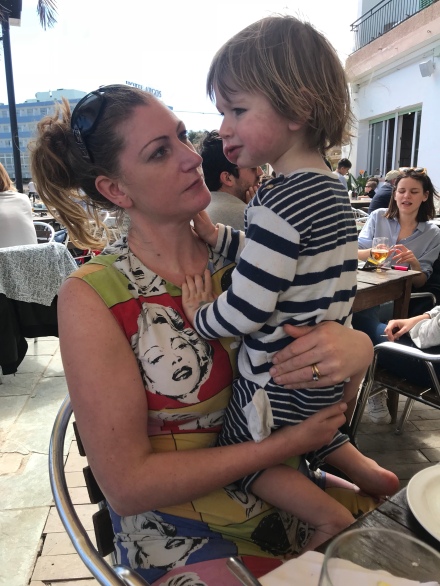 In Tobago there is a commonly used verb ‘to lime’ meaning to chill out.

Today we had a double dose of liming. We went for a relax at the beach in Lyme Regis.

As many Tobagans before us we spent most of our time liming in the sea, albeit somewhat chillier than the Caribbean waters!

Today was Prince and Princess day at school and to celebrate we went on a field trip to Forde Abbey. We were all very well behaved. 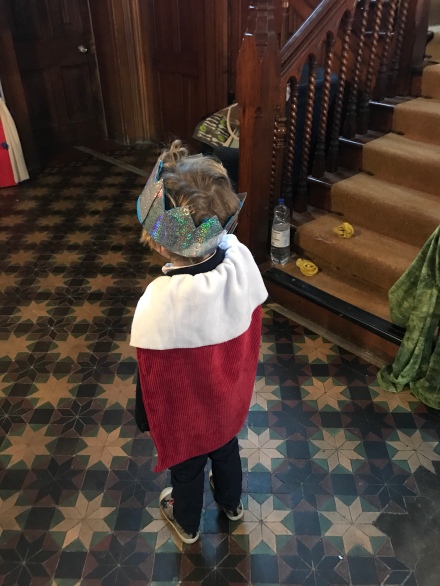 On the way home from Granny and Grandad’s (they very kindly put us up when we went to Thomas Land) we stopped at one of our favourite spots: Avebury.

We have stopped there many times before but have never noticed Avebury Manor – a National Trust property nestled in the heart of the stones.

It was derelict and then the BBC and NT undertook a project to bring it back to life. Every room is decorated in the style of a different era.

The unique thing about this house is that you can touch absolutely everything – and are in fact encouraged too. The only thing they ask you not to touch is the wall paper in the dining room as it was hand painted.

We were even allowed to bounce on the Tudor beds! 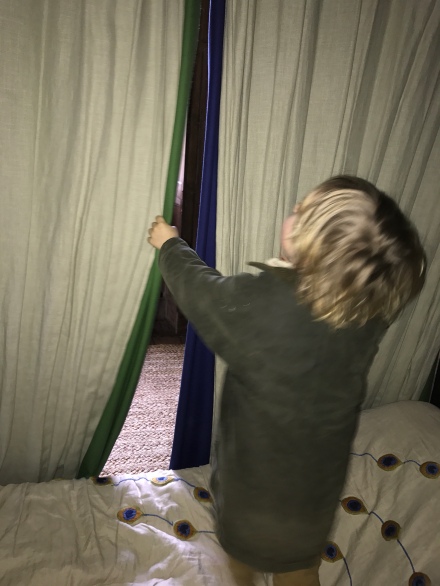 And play with the secret doors

We rather liked this painting too

Afterwards we (Inigo and I) were exhausted so we looked to the Big D for a lift – the human totem pole lives again!